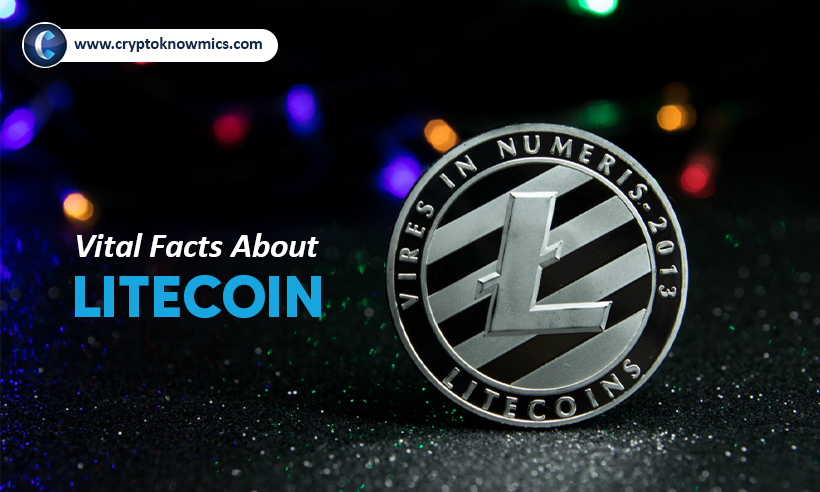 With the mention of cryptocurrencies, the only name that comes to mind is Bitcoin. And it is right to feel like that. After all, it is the one who introduced the concept of new decentralized financial technology in the contemporary economic world. It often creates headlines with its price status, either going up or down. It had once hit the target of $127 billion. You can name it as the dominant or king of cryptocurrency, as it has a major impact in the crypto zone. But there is one more cryptocurrency or say altcoin, that is equivalent in competing Bitcoin. I am talking about Litecoin.

If Bitcoin has an image of being called digital gold, then Litecoin is also known as digital silver. The creator of this altcoin, Charlie Lee, laid the foundation of it in this context. Litecoin came afterward to Bitcoin in 2011. Where most altcoins failed to match the success of dominant cryptocurrency, BTC, some rose to success.

Although they were not that equivalent to foremost digital coins, still, they did not give any chance of questioning the existence of the altcoin concept. Among these names include Ethereum, Ripple, Dash, Neo, Tron, ZCash, and Litecoin. Since our main topic is on LTC, we will concentrate on it only.

An interesting fact about Litecoin states its prominent position in the list of top altcoins other than Bitcoin in the crypto space. Ever since 2013, there has been a rise in the price of Litecoin, reaching the highest target of $331.59 in December, two years back. If you seem new to the digital currency investment, or experienced, in either way, it is necessary to upgrade your knowledge about Litecoin basics.

As has been mentioned above, Litecoin was launched by Charlie Lee, who has previously worked as a Google employee, in 2011. The main intention in bringing it up was to work upon the features that were lacking in Bitcoin.

If you think, Bitcoin Cash is the only popular fork of BTC, then let me tell you it is not. It is because Litecoin is also the early spin-off fork of the latter crypto coin. A reputed crypto platform even states about LTC, being the foremost alternate coin that was spawned from the Bitcoin code, with some updation.

The website of digital currency has clearly stated about Litecoin being the best substitute for BTC. And it is not an airy claim, Litecoin does stand to it in terms of minimal payment cost, instantly around the world. It is completely run in a decentralized format. The base of LTC coins is purely upon the cryptographic format, which is helpful in the creation and transfer. There is no interference from any central authority.

How Is It Different To Dominant Crypto Coin (BTC)

Although, there are similarities between Bitcoin and Litecoin in terms of mining procedure, still, there are differences between the two. Mining rewards are applicable in both these digital currencies. Now, here you need to take note of the difference. Where Bitcoin is halved at 210k blocks, every 4 years. Every block takes around 10 minutes. Currently, 12.5 BTCs is the block reward of the dominant cryptocurrency. After the next halving event, it will get reduced.

Coming on to Litecoin, the added blocks in the blockchain are much faster in comparison to Bitcoin. It takes a few minutes and results in more rewards. Currently, miners of Litecoin are rewarded with 25 LTCs per block. But just like BTC, it also goes through halving, after four years. The halving of Litecoin took place last year in August and the rewards were reduced to 12.5 LTCs.

Want To Purchase Litecoin? But How

Just like you purchase Bitcoin on several top exchanges, with fiat or cryptocurrencies, via wallet, the same is with Litecoin. The foremost wallet of the latter altcoin is known to be Litecoin Core that can be downloaded on the desktop of your computer device and even on your calling device.

Other favourable wallet options to buy LTC include Guarda wallet, Ledger Nano S, Trezor, and Atomic wallet. If you are wishing for a wallet that is supportive of Android and iOS App, then Loaf wallet is the best option for you. This is one such vital fact about Litecoin regarding its purchase.

So this is all you need to be knowing about Litecoin. Summarizing again, this altcoin was founded in 2011 by its creator, who has been an ex-employee of Google. He is Charlie Lee. The main reason behind the foundation of Litecoin was to give a response to Bitcoin’s shortcomings.

Those who are only aware of Bitcoin Cash, Bitcoin SV, Bitcoin gold, to be the only forks of Bitcoin, must know that Litecoin is also one of the early forks of BTC. If you want to know updates of Litecoin about its price and everything, then better stay abreast of Litecoin news today on the Cryptoknowmics.