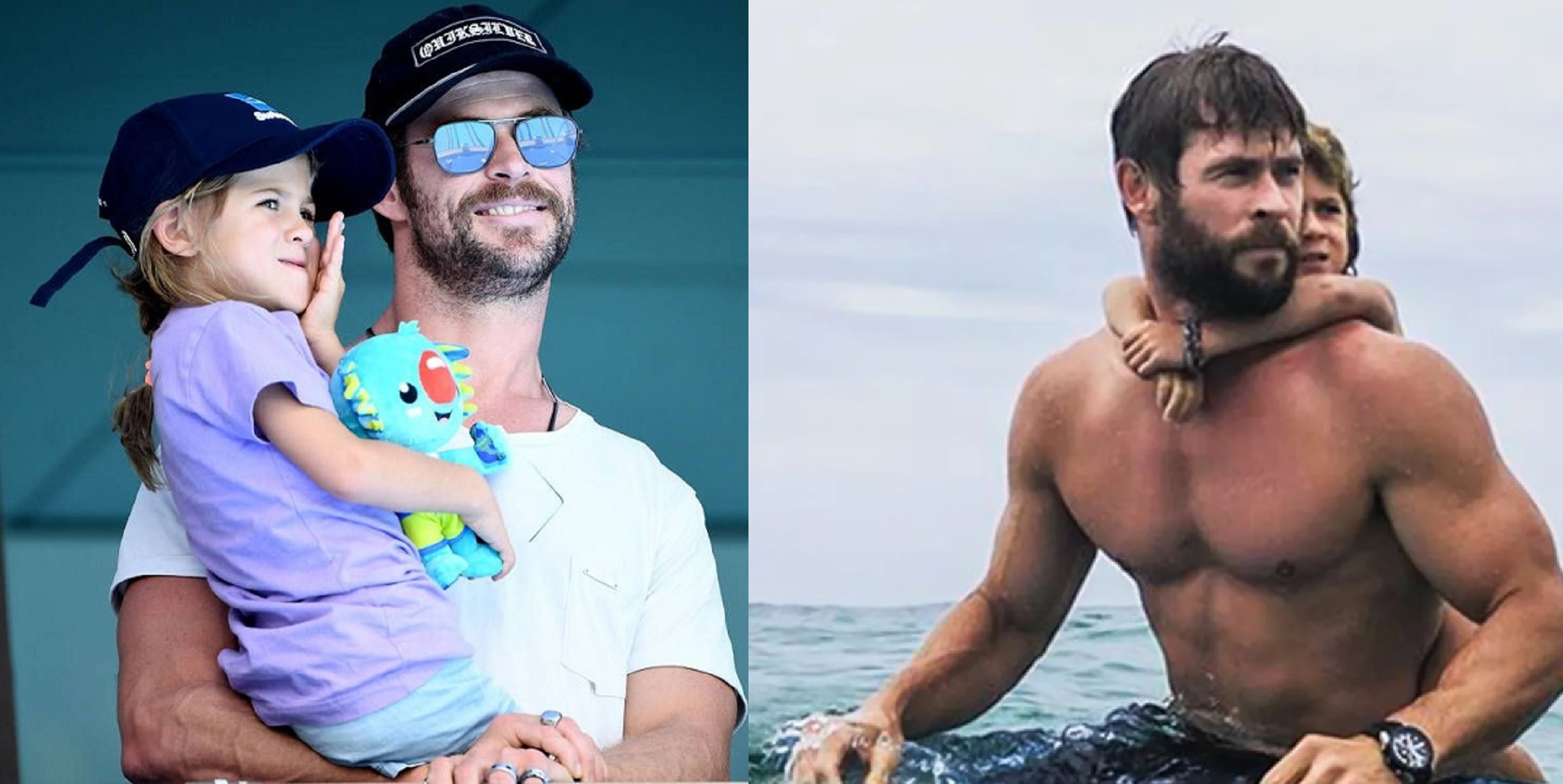 Who is India Rose Hemsworth?

Chris Hemsworth, the Australian actor best recognized for his role as Thor in the Marvel superhero franchise, has been married to Elsa Pataky for almost ten years, and their marriage is thriving. They met in the same year and as a matter of fact, Elsa Pataky, a Spanish actress, and Hemsworth sealed the marriage in 2010.

Chris and Elsa are a much-admired couple who have been married for a long time and have three children together. On May 11, 2012, Hemsworth and Pataky welcomed their first child, a girl they named India Rose. The actor told USA Today that he and his wife choose the name for their kid because they both like the nation of the same name and the sound of the name. Even though they like to keep their personal lives out of the spotlight, it seems that their eldest daughter India will be following in their footsteps and working in the entertainment world.

The next Thor film, titled “Love and Thunder,” stars Chris Hemsworth and Natalie Portman, and it stars Chris Hemsworth’s daughter. Indian Marvel Comics fans were curious as to why an Australian actor and a Spanish actress had decided to give their first kid the name – India. Interested in finding out the story behind her name, well then keep reading.

Chris Hemsworth’s daughter, India Rose Hemsworth has always managed to stay in the news. Right from when she was born, to her unique name, she has always grabbed headlines. Now, the new Thor: Love and Thunder, has stepped into Hollywood. Fans cannot wait to watch more of her. Here’s all that you must know about India Rose Hemsworth.

What’s up with the unusual name?

Born on May 11, 2012, there are three Hemsworth children, but Rose is the oldest. The two gave her the name India as a tribute to that part of the world that has captured their hearts.

Hemsworth told the Indian news service IANS in 2019 that the name “India” was inspired by his wife’s time spent in India. Chris’s filmmaking career has taken him to India on many occasions. “I adore the city and the people,” he said.

Although much of Chris Hemsworth’s family are actors including his two brothers and his wife. He has never really said anything about his kids joining the industry as they are too young. However, when India Rose was signed up for the character of Love, there sure was a lot of speculation about how it was going to turn out. We can say it turned out pretty well.

Along with the director Taika Waititi, Christian Bale, and Natalie Portman, two of Hemsworth’s children have cameo roles in the new film. Chris’s daughter “plays the part of Love,” while one of his boys acts as a youthful Thor. Chris Hemsworth plays the ripped Viking space hero Thor in the new Marvel film Love and Thunder. Hemsworth’s film, Love and Thunder, is directed by Taika Waititi and is his fourth solo Marvel film; this time, though, he’s brought along some of his own family. India Rose Hemsworth, Chris Hemsworth’s real-life daughter, portrays Christian Bale’s on-screen daughter, later revealed to be a fictional character named “Love.” (Together with Thor, they are known as Love and Thunder.) Tristan and Sasha Hemsworth, the actor’s sons, make cameo appearances, with one of them playing a young Thor in a flashback. An early scene shows Thor kissing a wolf woman which turns out to be his real wife. This is also where we first see Hemsworth’s real-life wife, Elsa Pataky.

The Thor star shared two photos on his Instagram account. The first photo is a flashback to when India Rose was a baby and she came to see him on set. He is dressed in full costume. Another photo shows the actor holding his daughter during a behind-the-scenes (BTS) moment on the set of Thor: Love and Thunder, which was taken more recently.

India Rose Hemsworth Behind The Scenes

There are some adorable behind-the-scenes moments of Chris Hemsworth and his daughter India in the new Disney+ documentary Marvel Studios: Assembled: The Making of Thor: Love and Thunder.

Once Thor had taken Gorr’s ( Bale’s on-screen daughter) daughter into his care, the two were able to film a scene together at the film’s conclusion. In the scenario, India’s character and Thor rushed off to fight some opponents, and India got to use Stormbreaker. In the documentary, India and her father shared several tender moments outside of filming. To be specific, she taps Chris on the cheek after he has picked her up.

In Love and Thunder, Hemsworth was able to collaborate not only with his daughter but also with his twin boys. The actor once described it as “a particular kind of feeling.” Since Love and Thunder is India Hemsworth’s lone acting credit to date, the experience of working on a film with her father is likely to be one he will always treasure.

Though Hemsworth has spoken about the importance of having his children on site for Thor: Love and Thunder, he isn’t the only cast member whose kids make an appearance in the film. All three of the famous parents (Christian Bale, Taika Waititi, and Natalie Portman) were allowed to visit the set and see their children perform.

Actors sometimes have to spend extended amounts of time away from their families when they have to film for a movie, but Waititi made it so that the actors’ loved ones could come to them instead.

Thor: Love and Thunder is the fourth Thor movie in the franchise. The movie did very well in the theatres and did even great on OTT platforms. Fans were super excited to watch Chris Hemsworth’s daughter play the role of Love. India Rose is presently 10 years old and at such a young age she has managed to act really well in the movie. She sure has the superstar potential of her dad Chris Hemsworth. The fans cannot wait to see what other upcoming projects India will star in.